The city of Bukhara is an ancient settlement located in the present-day country of Uzbekistan. The town has a history that dates back to the 2nd century BC, and it served as an essential trade hub during the Silk Road. Today, it serves as the provincial capital for Bukhara Province.

According to the legend Bukhara was founded by King Siavash, a legendary Persian prince from the beginnings of the Persian Empire. After the treason of his stepmother Sudabeh, who accused him that he wanted to seduce her and betray his father, Siavash went into exile to Turan. Afrasiab, the King of Samarkand, married his daughter Ferganiza(Farangis) to him and granted him a vassal kingdom in the oasis of Bukhara. – Wikitravel

Bukhara is one of the most underrated destinations on the planet. Film and photos can never do justice to the sheer beauty, scale & grandeur of this architectural masterpiece.

If you love Islamic art this is a must place to visit. It’s so different to Western cultures, but it is a pleasure to visit. Their culture’s script is beautiful and the music will grow on you. The art on buildings can be complex and intricate but it was all worth seeing in person. When you’re not allowed to make figurative art, there’s only geometry left which is really complex.

Travel Equipment is reader-supported. When you buy through links on our site, we may sometime earn an affiliate commission. Learn more… 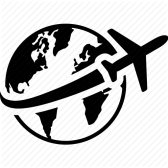 More from this Author

Travel Equipment is the place to find all of your travel related questions. We had covered the best Backpack, Travel Tents, Travel Gear and other gadgets for a safe and secure journey.